PacifiCorp to lead study on bird safety near wind turbines 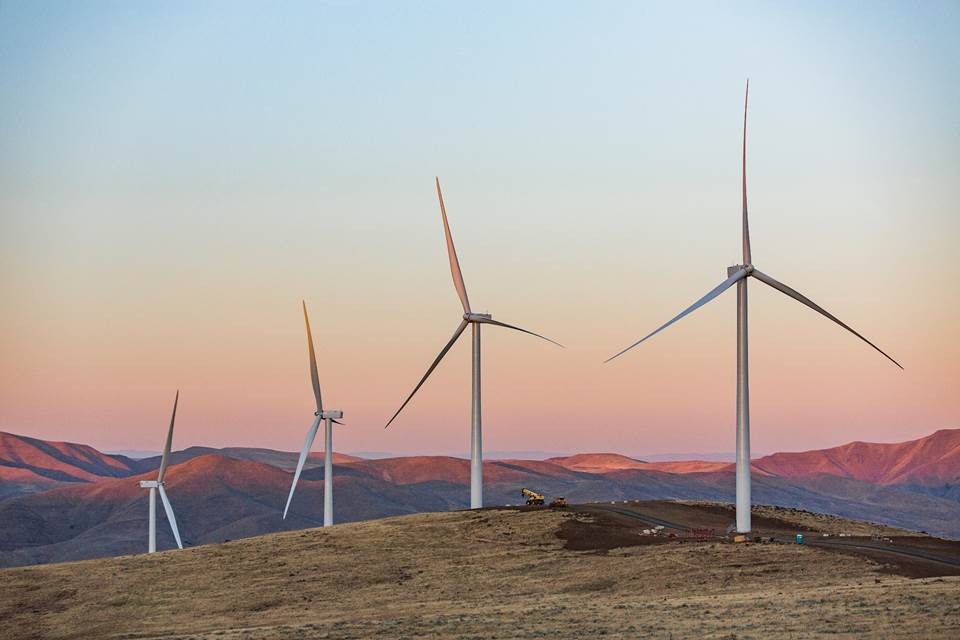 “As environmental stewards, we’re dedicated to increasing the safe coexistence of wind turbines and birds,” said Travis Brown, director of wind compliance and permitting for PacifiCorp. “As we increase renewable energy resources, applying this approach to the Mountain West, where more wind projects will be built, has the potential to both protect wildlife and advance clean energy. We are proud to host this study at our Glenrock and Rolling Hills project near Glenrock, Wyoming.”

The Glenrock and Rolling Hills sites, which includes 158 General Electric turbines each more than 250 feet high, is ideal for the study as PacifiCorp already has several years of data charting bird interactions with turbines. In addition, turbines within PacifiCorp’s facilities are arranged in a manner well-suited for a highly controlled study.

“The U.S. Geological Survey is excited to bring its scientific and technical expertise to this partnership to determine whether this straightforward turbine treatment can meaningfully reduce the collision risk posed by wind energy development on flying animals,” said Robb Diehl, USGS research ecologist.

The proposed study would run several years and complement prior research by increasing the number of painted turbines, generalize findings across more species and geographic areas and provide an opportunity to evaluate changes in behavioral responses to painted turbines. Lab studies suggest that painting one blade black affects how the birds see the blades and tends to keep them away. However, much is unknown about the science of avian perception and how it may be influenced to reduce collisions.

“This study is a great example of how cross-sector collaboration enables us to identify and evaluate potential solutions to protecting wildlife as we advance the development of renewable energy needed to reduce carbon emissions,” said Dr. Taber Allison, director of research at the Renewable Energy Wildlife Institute.

In order to perform the study, special clearance from the Federal Aviation Administration (FAA) needed to be obtained. The FAA regulates the lighting and marking of wind turbines to protect air traffic. In February 2022, the FAA granted PacifiCorp a deviation from current marking and lighting standards after researchers completed a thorough review of PacifiCorp’s request. Current FAA marking and lighting standards and other guidance material and concluded this proposed study has merit and should be further investigated.

“With the FAA approval in hand, we look forward to kicking off this study in the coming months,” said Brown. “However, the study team still faces obstacles, such as engineering feasibility and funding, before the study can begin. Collaborating with our partners, we plan to develop new standards on how to protect wildlife while developing the next generation of wind projects needed to achieve climate goals.”

In 2020, researchers in Norway published a paper documenting a nearly 72 percent decline in turbine blade-related bird mortality associated with a simple manipulation, by painting one turbine blade black. The Renewable Energy Wildlife Institute, previously the American Wind Wildlife Institute,  summarized the results of the 2020 study in a research brief, developed with support from the National Renewable Energy Laboratory and U.S. Department of Energy (https://rewi.org/resources/paint-it-black/).

The method generated considerable interest in scientific and media circles as it threads a very fine needle: reducing impacts to bird populations using a simple, durable, inexpensive, low maintenance solution that does not interfere with energy production. Painting blades is thought to visually disrupt what otherwise may appear to the bird as a uniform airspace, making the turbine more visible, and eliciting avoidance behavior. However promising and well-executed, the 2020 study was at a single unique location and involved painting just four of 68 turbines. As such, there are widespread calls to generalize the result by replicating the study in other locations with other species. That is the goal of the PacifiCorp-sponsored study.