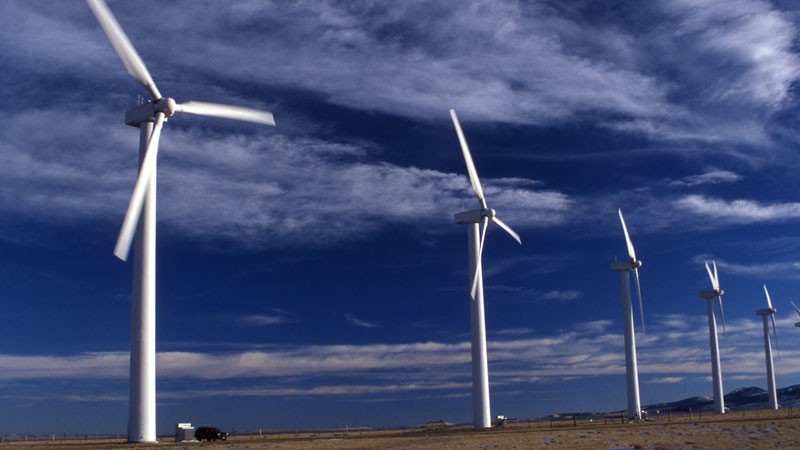 CHEYENNE, Wyo. — PacifiCorp has acquired sole ownership of the Foote Creek I wind generation facility, a 41.4-megawatt renewable energy project in Carbon County, Wyoming, and is proceeding to repower the project with new turbine technology that will increase energy output of the entire facility by 60 percent. The repowered facility will produce enough energy to meet the needs of 19,500 typical homes in PacifiCorp’s service territory. It is anticipated that the project will generate an additional $14 million in tax revenue for rural Wyoming communities over the next 30 years.

Foote Creek I was the company's first wind facility and the first utility-scale wind project in Wyoming, a jointly owned demonstration project commissioned in 1999 with PacifiCorp and the Eugene Water & Electric Board (EWEB) as co-owners and supported with a power purchase agreement with the Bonneville Power Administration (Bonneville). The success of the facility and ongoing technological advancements led PacifiCorp to invest billions of dollars in low-cost wind energy, create associated tax revenue benefits and new wind energy jobs in rural communities in Wyoming, Washington, and Oregon. PacifiCorp is today the largest regulated utility owner of wind assets in the West.

“Twenty-one years ago, PacifiCorp and its partners’ development of Foote Creek I helped pave the way for utility-scale wind energy as an industry-defining demonstration project,” said Stefan Bird, president and CEO of Pacific Power. “Today, this new investment in the project builds on our vision to even better harness wind energy and power the grid with increased efficiency, delivering even more low-cost, renewable energy to our customers.”

PacifiCorp will begin the process of repowering the Foote Creek I facility by removing the 68 existing 600-kilowatt wind turbine generators originally installed between 1998 and 1999 and replacing them with 13 new modern turbines with a  much higher output capability that will be supported by new foundations, along with new energy collector circuits, switchgear and controls. The result is significantly fewer wind turbines needed to produce an equivalent peak output, while dramatically increasing the energy production from the facility.

Repowering in 2020 will requalify the facility for federal production tax credits, which will be passed on as savings to PacifiCorp customers. It will also reduce ongoing operating costs associated with the older turbine equipment. The repowering project will extend the useful life of the facility by more than two decades, creating substantial ongoing benefits for customers when instead the facility would otherwise have been retired from service. The wind turbines only occupy about one percent of the land they are housed upon, thereby allowing the property to continue supporting traditional land uses such as grazing livestock.

“Acquiring full ownership and repowering Foote Creek I provides a unique opportunity to upgrade the company’s oldest wind plant, located in one of the most favorable wind energy sites in Wyoming, applying the latest technology so that it can continue to serve our customers well into the future,” said Gary Hoogeveen, president and CEO of Rocky Mountain Power.