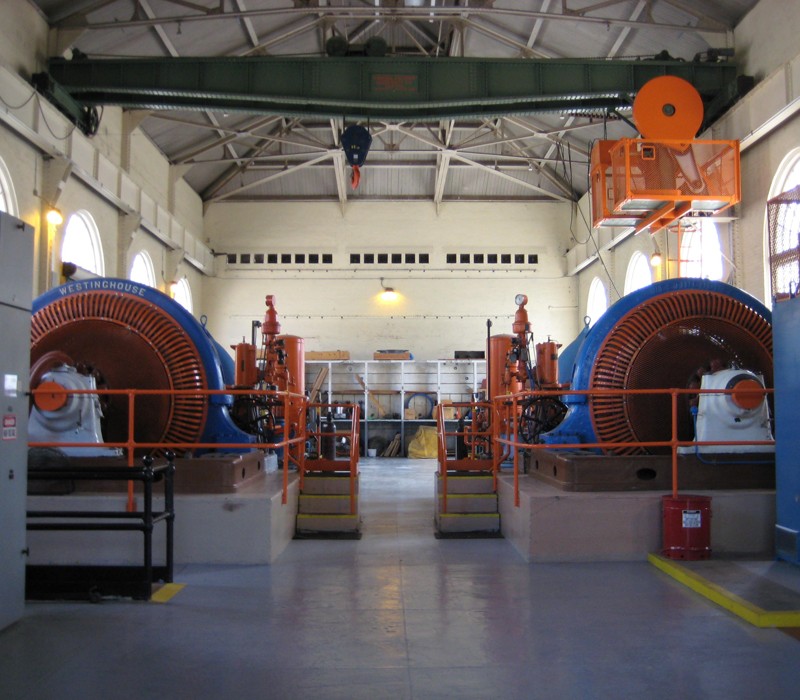 Water is now diverted from the United States Bureau of Reclamation Pineview Reservoir and passed through the City of Bountiful’s Pineview Hydroelectric Plant, although historically, a separate dam, built in 1897, that was inundated by the later construction of Pineview Reservoir, was originally used to supply the intake to the Pioneer plant.

From the Pineview Hydro Plant, the water now passes through a 72-inch diameter, 5.5-mile long steel flow line to a steel surge tank. The Ogden Water Users Association operates this flow line that is jointly owned by the Ogden Water Users Association and PacifiCorp. From the surge tank, the water continues to flow to the Weber / Box Elder Irrigation Company in a northerly direction, or flows into the 72-inch diameter riveted steel penstock that conveys the water to the Pioneer powerhouse. PacifiCorp owns and operates the penstock and has a water right to divert up to 200 cubic-feet-per-second (CFS) for power generation. Despite the changes in project configuration over the past century, Pioneer Hydroelectric plant has been generating renewable, emission-free energy at the historic Pioneer powerhouse since 1897.

In Case of Emergency
Call 911

Inside the Pioneer Plant Today