The Condit Hydroelectric Project was located on the White Salmon River in south-central Washington, approximately three river miles upstream from its confluence with the Columbia River. PacifiCorp agreed to decommission and remove the project dam and water conveyance system in accordance with the 1999 Condit Hydroelectric Project Settlement Agreement and the related Federal Energy Regulatory Commission (FERC) Surrender Order issued in December 2010. 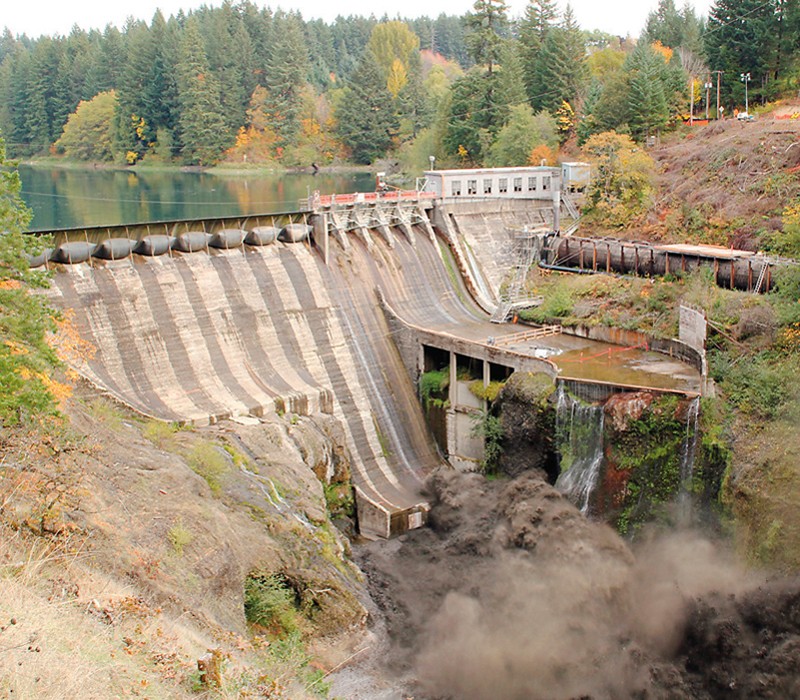 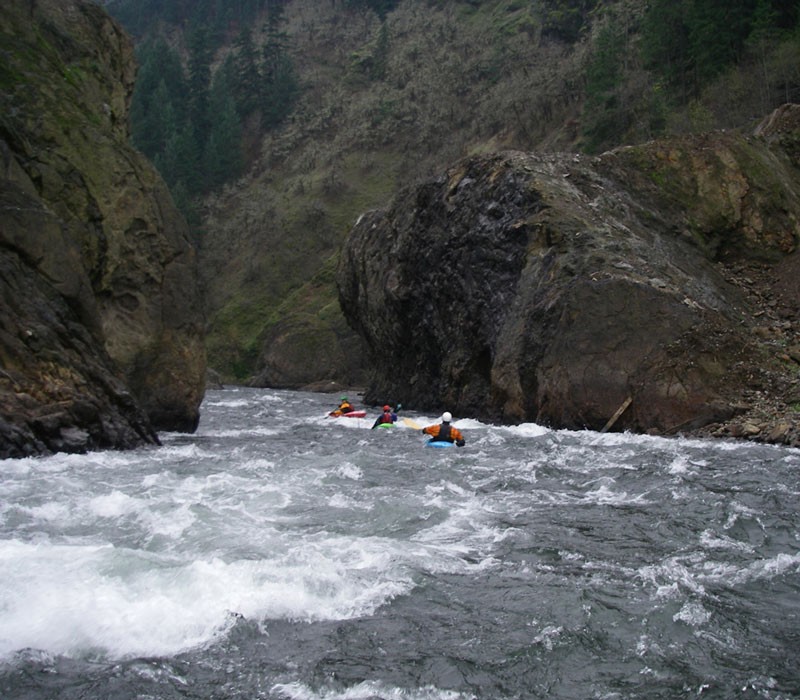 More information about Condit and decomissioning

A year after a dynamite blast punched a hole in the Condit Dam, the last remnants of the structure are gone and access restrictions on the White Salmon River are now lifted downstream of Northwestern Park. Caution is still advised as the rapids on the lower river are significant. Read full news release

Legacy Film - Condit: There was a dam here

Condit Legacy Film: There was a dam here

Watch the final moments leading up to the 12:11 p.m. blast of the Condit Dam tunnel.

Another view of the reservoir draining using timelapse.

White Salmon Restored: A Timelapse Project
Website by Andy Maser and Steve Stampfli uses timelapse photography to document the deconstruction of Condit Dam and the river restoration to follow.

University of Montana Timelapse of Reservoir

PacifiCorp owns and operates the Condit Hydroelectric Project, which was completed in 1913 on the White Salmon River in Skamania County and Klickitat County, Washington. The project is regulated by the Federal Energy Regulatory Commission (FERC) as project number 2342. The project is located approximately 3.3-miles upstream from the confluence of the White Salmon and Columbia Rivers. Project facilities consist of a 125-foot high, 471-foot long concrete gravity diversion dam, an intake structure that directs water into a 13.5-foot diameter by 5,100-foot long wood stave flowline, and through a 40-foot diameter concrete surge tank. The flowline bifurcates inside the surge tank into two 9-foot diameter penstocks that supply water to the powerhouse. The powerhouse contains two double horizontal Francis turbines with an installed capacity of 14,700 kilowatts. The project creates a reservoir, Northwestern Lake, which extends 1.8-miles upstream of the dam and covers approximately 92 acres.

PacifiCorp has regulatory approvals to remove the project in accordance with the amended Condit Settlement Agreement and the Project Removal Design Report. Regulatory approvals include Clean Water Act permits issued under Section 401 by the Washington Department of Ecology, and issued under Section 404 by the U.S. Army Corps of Engineers, and a Surrender Order from the Federal Energy Regulatory Commission. The method for dam removal involves clearing sediment and debris immediately upstream from the tunnel and then drilling and blasting a 13-foot by 18-foot drain tunnel in the base of the dam to within a few feet of the dam’s face. During the month of October, sediment and debris immediately upstream from the dam will be cleared to form a pathway and then the remainder of the tunnel will be blasted to drain the reservoir and flush impounded sediments out of the reservoir as rapidly as possible. Following the final tunnel blast, the drain tunnel will discharge at a rate of about 10,000 cubic feet-per-second – approximately 25 percent of the estimated peak discharge during the February 1996 flood event on the White Salmon River. This will drain the reservoir in approximately six hours. Rapid draining of the reservoir is expected to mobilize much of the estimated 2.4-million cubic yards of sediment that has accumulated behind the dam since its construction. Previous modeling has indicated that between 1.6 million to 2.2-million cubic yards of sediment will be discharged into the White Salmon River immediately following dam removal.

Once the reservoir is drained, activities will focus on addressing the sediment and slope stability within the former reservoir area. In the spring of 2012, the dam will be excavated and removed along with the flowline, surge tank, and penstocks. Concrete from the dam will be buried onsite; other materials will be salvaged or transported to the Klickitat County waste facility. The powerhouse will be left intact. The upstream cofferdam in the White Salmon River present from original dam construction will be removed from the river as soon as practicable after the breach. PacifiCorp Energy expects to complete the dam removal process within one year, start to finish. Subsequently, restoration of the former reservoir areas may take an additional year or more.

Removal of Condit dam is expected to provide the following benefits:

Watch the Condit video: There was a dam here