The current FERC license will expire on May 31, 2020. PacifiCorp’s Weber project was developed in the early 1900s primarily to supply electrical generation to the newly growing communities of the Wasatch Front. 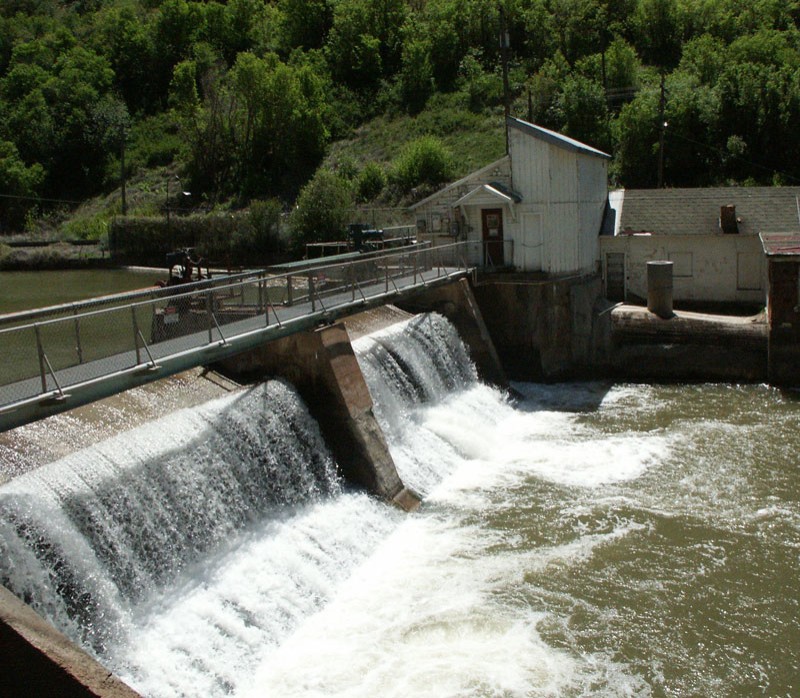 The 3.85 megawatt (MW) Weber Hydroelectric Project, Federal Energy Regulatory Commission (FERC) Project No. P-1744, is located in northern Utah, approximately 30 miles northeast of Salt Lake City and nine miles southeast of Ogden, Utah, near the mouth of Weber Canyon on the Weber River. The current FERC license will expire on May 31, 2020. PacifiCorp’s Weber project was developed in the early 1900s primarily to supply electrical generation to the newly growing communities of the Wasatch Front.

Construction on the project was started in 1908, by a PacifiCorp predecessor company, the Utah Light and Railway company. In 1910, construction was completed on the Weber Hydroelectric Project, then known as the Devil’s Gate-Weber Hydroelectric Power Plant. The project was constructed on land owned in part by the Union Pacific Railroad Company (UPR), when UPR was granted every other square mile of land by the US Government as an incentive for completing the first Transcontinental Railroad; the nearby town of Ogden was a central railroad hub for many years. The remaining land became part of what are now US Forest System lands, and the project now sits partially on USFS lands, and partly on UPR lands. Plant operators’ cottages were also built near the Weber powerhouse approximately 1.8 miles downstream of the Weber diversion dam; the entire area with the plant powerhouse, associated substation, cottages, and associated outbuildings is now a National Historic Register-listed district. Unrelated to PacifiCorp’s Weber Project, and located just outside of the Historic District, the Weber-Davis Irrigation Company later constructed their diversion dam structure immediately below the Weber powerhouse to take advantage of the tailrace output of the Weber Project.

In the late 1960s, Interstate 84 was constructed around the Weber Hydroelectric project; the area with the powerhouse and cottages is actually now located between the east and westbound freeway lanes, and most of the 1.8-mile pipeline and penstock is now buried by fill placed to allow construction of the freeway in the steep, narrow Weber Canyon. Much of the river was also channelized during that process.

The existing project consists of:

Recreational uses around the Project include fishing and some day-uses, such as picnicking. The approximately 8-acre forebay is too small and shallow to accommodate boating, but the adjacent Weber recreation site does have a small ADA accessible fishing platform, lawn area, and several picnic tables and barbeque stands. Fishing access is also available to the Weber Dam, beginning approximately 200 yards downstream of the diversion dam (the spill area immediately below the dam is not safe for fishing or other recreational access and is fenced and signed).

Video: Blueheads and Bonnevilles in the Weber River

FERC Notice of Application and Applicant-Prepared EA Accepted for Filing, Soliciting Motions to Intervene and Protests, and Soliciting Comments, and Final Recommendations, Terms and Conditions, and Prescriptions - October 16, 2018

FERC's Notice of Application Tendered for Filing with the Commission - June 12, 2018

Notice of Intent and Pre-Application Document Submittal - May 29, 2015

FERC Authorization to Use the Alternative Licensing Process - August 13, 2015

Volume I: Initial Statement; Exhibits A, G, and H, with Appendices

Volume I: Initial Statement; Exhibits A, G, and H, with Appendices

July 13, 2016 - Design Criteria for Conceptual Design of an Upstream Fishway at the Weber Hydroelectric Project